Survey of women in Australia and New Zealand shows they’re opting to bypass medicinal marijuana despite it being allowed in both countries. 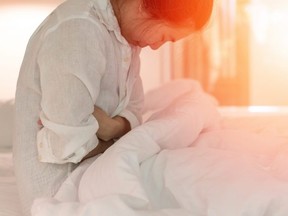 Women found that cannabis was helpful in managing their endometriosis-related symptoms. / Photo by Pornpak Khunatorn / iStock / Getty Images Plus

A new study of women in Australia and New Zealand who use cannabis to self-treat endometriosis indicates they are generally pleased with its therapeutic impact, but investigators are unconvinced there’s no downside to going it alone absent medical supervision.

Endometriosis, when tissue similar to the tissue that normally lines the inside of the uterus instead grows on the outside, is an often-painful disorder, per the Mayo Clinic. Its primary symptom is pelvic pain, often associated with menstrual periods, but may also include pain during intercourse, excessive bleeding, infertility, fatigue, bloating and nausea.

Published last month in Cannabis and Cannabinoid Research, researchers received input from 237 respondents from Australia and New Zealand who reported both cannabis use and having a medical diagnosis of endometriosis. Of that number, 72.0 per cent of Australian participants and 88.2 per cent of New Zealand respondents noted they self-administered illicit cannabis.

Just 23.1 per cent of Australian respondents and 5.9 per cent of their New Zealand counterparts to the online survey said they access cannabis through a doctor’s prescription.

Not only did respondents not see their doctors as sources for cannabis-related medications, 18.8 per cent of Australian participants and 23.5 per cent of those from New Zealand said they didn’t disclose cannabis use to their physicians.

According to 7 News, Australia’s Therapeutic Goods Administration “does not consider medical cannabis a ‘first-line therapy’ for any illness, meaning other treatments should be considered first.”

The reluctance of study participants to go through their doctors, authors write, revolved around “legal repercussions, societal judgment or their doctors’ reaction and presumed unwillingness to prescribe legal medical cannabis.”

Although the feedback was of interest, study authors still found the findings concerning. “While evidence for a substantial substitution effect by cannabis was demonstrated in these data, of particular concern are the clinical consequences of using cannabis without medical supervision, particularly with regard to drug interactions and the tapering or cessation of certain medications without that supervision,” they write.

Laws regarding recreational cannabis vary from state to state in Australia, although “the product remains illegal for unauthorized possession or use,” according to the Australia Criminal Law Group. And while medicinal marijuana is legal in the country, “the legal growth and supply of medical cannabis are highly limited and supervised,” the information adds.

Medicinal marijuana is legal in New Zealand, too, but recreational cannabis is not. In late 2020, cannabis legalization was narrowly voted down when 50.7 per cent of voters just said “no.” A few months later, poll results indicated 69 per cent of Kiwis support full legalization or decriminalization of weed.

As it currently stands, New Zealand Police reports that penalties associated with cannabis range from about $500 for possession to a maximum of 14 years in prison for its supply or manufacture.

Study authors emphasize the need for better doctor and patient communication about medical cannabis use. Doing so, they point out, “may improve levels of medical oversight, the preference for legal MC adoption over acquisition via illicit supply and reducing cannabis-associated stigma.”

Since Australia’s federal government legalized access to medical cannabis in 2016, more than 28,000 prescribing approvals had been issued to patients, involving more than 1,400 doctors, by the end of 2019, per NPS MedicineWise.

Most of the prescriptions related to chronic non-cancer pain, anxiety, cancer-related symptoms, epilepsy and other neurological disorders, it adds.

Figures from Western Sydney University, which was part of the study, notes that endometriosis affects more than 360,000 Australians “and is the most common cause of chronic pelvic pain for women.” It states that current non-surgical treatments “have limited effectiveness and the side-effect profile can be troublesome for many women.”

But there is another side to endometriosis. An Australian study published in 2019 found that “the cost of illness burden was significant in women with chronic pelvic pain,” to the tune of about $20,000 per year, “irrespective of whether they had a diagnosis of endometriosis. The majority of costs (75 to 84 per cent) “were due to productivity loss,” study authors report.