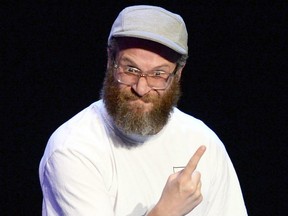 Houseplant, a lifestyle brand rooted in cannabis founded by Seth Rogen and Evan Goldberg, has launched a mentorship program that would allow participants to learn about the weed business first-hand by having access to people in the know.

According to High Times, the plan to mentor local cannabis businesses follows a recent email push by Houseplant to subscribers advertising the opportunity.

The company reports the free, six-month in-house pilot program seeks to offer resources and guidance to burgeoning weed entrepreneurs from “underinvested-in” communities. People can be from either plant-touching or ancillary entities.

The program is “focused on helping individuals disproportionately impacted by the War on Drugs receive a fair and equal chance to succeed in the cannabis industry,” per the application on Houseplant’s website.

In a company statement last year, the company made clear its thinking. “Houseplant emphasizes social impact and is committed to ending the unjust, racist cannabis laws that, despite legalization in many parts of the country, still exist today,” the statement notes.

The program means those taking part will be able to pick the brains of some lofty types, including having “intimate access to the Houseplant team, as well as the company’s extensive network of advisors and industry leaders,” the application reads.

Applicants will be asked to provide what their business does, if they have a social equity license in California, their past experiences in the industry and the biggest challenge they face (in 150 words or less), reports High Times.

Those interested must submit by May 1 and, if accepted, participants should expect to spend five to 10 hours a month on the program, notes My CBD Oil World.

Houseplant originally launched in partnership with Canopy Growth three years ago in Canada, although the association later ended, and in California in 2021.

On March 15, the cannabis brand founded by @Sethrogen, Houseplant, announced its mentorship program focused on helping individuals disproportionately impacted by the War on Drugs. https://t.co/sinBCTkk00

The program’s approach to helping those in underinvested groups is very much in line with some of Rogen’s earlier efforts.

“The only reason cannabis is illegal is for racist reasons, and we have to acknowledge that and be aware of that,” he reportedly said in the summer of 2020 during Reimagining Justice: Race, Cannabis and Policing, an online event organized by Marijuana Policy Project and sponsored by Pax and Houseplant.

More than a year later, Rogen released a video for the new “Cannabis in Common” campaign, an effort that attracted the support of the likes of comedian Sarah Silverman and a host of cannabis advocacy and industry groups operating in the US and Canada.

Rogen’s advice to get political representatives moving on cannabis reform was simple: keep emailing and calling them until they get so annoyed and inundated with requests that they have no other choice but to take action.

Back in 2019, Rogen spoke out to draw attention to the importance of National Expungement Week, an effort to merge cannabis, racial equity and reparative justice by destroying criminal records.

Thank you to everyone who came out to our very first meet & greet with Toi Hutchinson, MPP’s new president and CEO! We are excited to make 2022 the best year for cannabis policy reform yet. pic.twitter.com/De2MqAedge

An analysis by Business Insider, released in June 2021, showed executives at the largest publicly traded weed companies are overwhelmingly white and male.

This group accounted for 70 per cent of the C-suite at the 14 largest publicly traded cannabis companies by market value in the US and Canada. Of the 75 executives surveyed, seven per cent identified as Black, the publication noted.

Smoking hashish for the primary time? This is what to anticipate